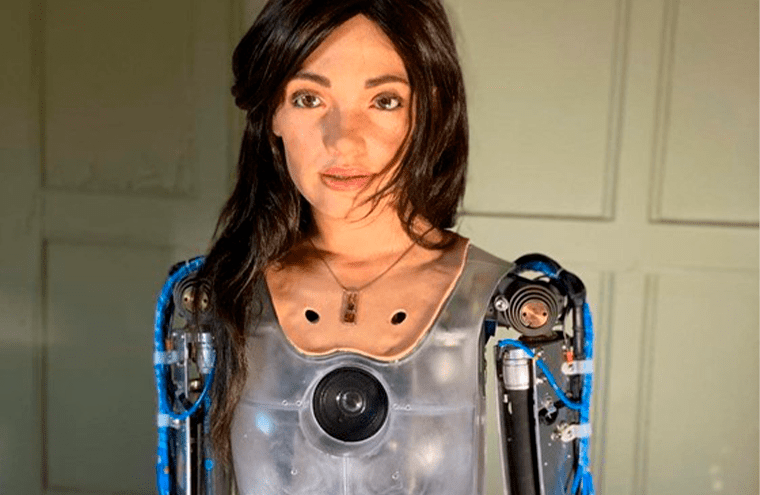 The groundbreaking robot, Ai-Da, has painted a series of self-portraits, set to be exhibited at the Design Museum

In 2019, Ai-Da became the world’s first AI humanoid to pick up a pencil and create art without any human input. Armed with a microchip in her eye, a robotic hand, and a groundbreaking algorithm, the robot can draw and paint from sight, and has since staged her first solo exhibition (raking in a fair amount of cash in the process).

Now, Ai-Da has been taught to “look” in a mirror and create self-portraits in her distinctive style. The hyperreal robot artist is set to exhibit a series of these self-portraits – or “selfies” – in a new show at London’s Design Museum.

Named after the 19th century mathematician Ada Lovelace, Ai-Da is created by gallery director Aidan Meller and curator Lucy Seal, in collaboration with Oxford University and the British robotics company Engineered Arts. In an interview with The Times, the creators explain that the new exhibition is supposed to serve as a warning about our reliance on tech-giants in a world driven by data.

“We live in a culture of selfies,” says Seal, “but we are giving our data to the tech giants, who use it to predict our behavior. Through technology, we outsource our own decisions. The work invites us to think about artificial intelligence, technological uses and abuses in today’s world.”

Ai-Da previously discussed humans’ relationship with technology in a conversation with Futurist Geraldine Wharry for Dazed, saying: “I would imagine that humans really need to be more conscious of their own nature when using technology and machines. One way we can learn about human nature and its shortcomings is to look at history and watch out for those repeating patterns that might give us early warning signs when our use of technology is heading for damage, exploitation and abuse.”

Ai-Da’s self portraits will be exhibited at the Design Museum from May, subject to coronavirus restrictions. A self-created font will also be featured, while the humanoid herself is set to make guest appearances.