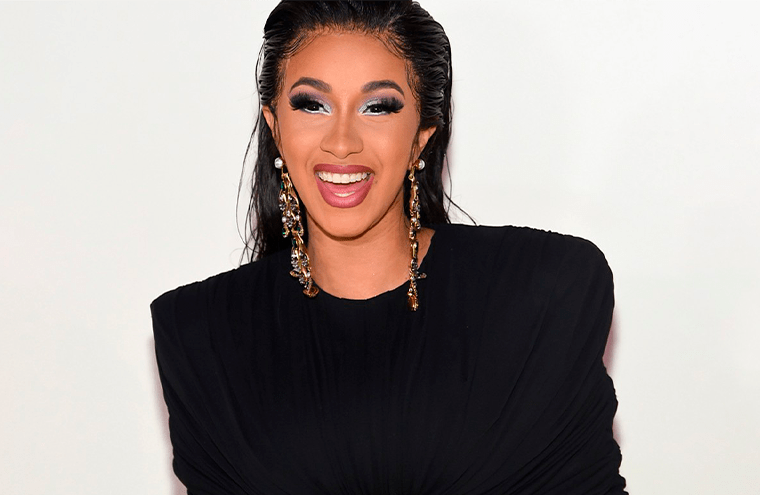 Another impressive feat for the Bronx rapper.

After making Billboard Hot 100 history with Megan Thee Stallion on “WAP,” Cardi B achieved another chart feat with her latest single “UP.”

According to Chart Data, the No. 2 entry of “UP” marks the highest debuting solo track by a female rapper in the 21st century. The last artist and track that achieved this feat was Lauryn Hill in 1998 with the No. 1 debut of “Doo Wop (That Thing).”  Cardi’s new single also serves as her ninth top 10 hit, and she’s appeared on the top 10 every year since 2017.

Speaking to Apple Music’s Zane Lowe, the rapper explained why she hasn’t released the followup to Invasion of Privacy. “I really wanted to put out an album last year, but it was like, “I feel like I don’t have the right songs.” I have recorded so many songs. I think I’ve got like 50 songs recorded, and I’m just still not satisfied,” she said. “If I’m not satisfied, I’m just not satisfied, but I really want to put out an album this year. I feel like I have no choice now. Now, I feel like I exceeded my limit of holding. I just need to stop with the fear.”

.@iamcardib "Up" is the highest debuting solo track by a female rapper on the Hot 100 this century, since Lauryn Hill's "Doo Wop (That Thing)".

Posted in Music and tagged BILLBOARD HOT 100, CARDI B, news.