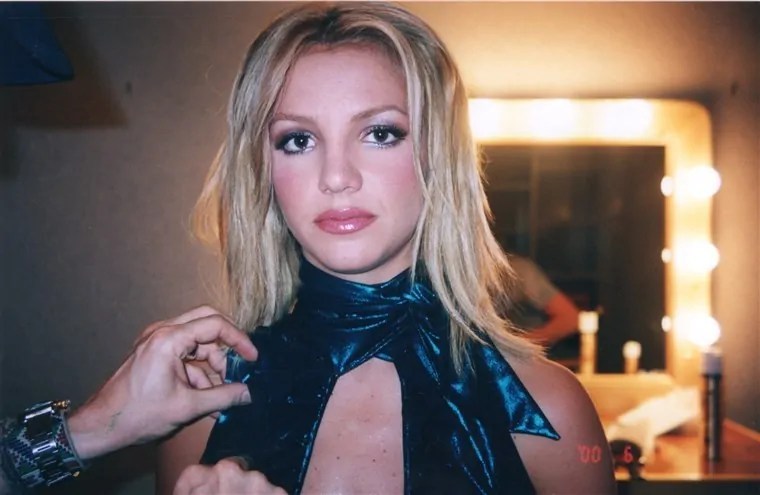 On the weekend of the Superbowl, the New York Times premiered a documentary, Framing Britney Spears, as part of their “Presents” series for FX/Hulu. The Britney Spears in the frame, for anyone who has been sleepwalking through life for the past 30 odd years, is the teen pop sensation who exploded to global megastardom at the turn of the millennium and is still, 23 years later, one of the most famous women in the world.

It was a packed couple of days for entertainment: Miley Cyrus smashed the hell out of her tailgate party performance, and The Weeknd’s halftime show drew many favourable comparisons to Michael Jackson. But it is #FreeBritney that has dominated cultural conversations, the rallying slogan used by fans of the superstar as far back as 2009, in reference to the controversial and suspect conservatorship she was permanently placed under in 2008.

Framing Britney Spears is sympathetic to its subject, highlighting the relentless misogyny that formed the foundation of the dehumanising treatment Britney endured as a young star. The depersonalised commentary from reporters, paparazzi, lawyers, and fans is given heart by Felicia Culotta, Britney's former assistant. Known to fans as Fe, she is a sweet Southern woman who knew Britney from childhood and accompanied her on every step of her journey from her hometown of Kentwood, Louisiana, to Hollywood, and onto the entire world. She is the only person to take part in the documentary who knows Britney intimately, and she was motivated to participate to “remind people why we fell in love with her in the first place”. In that respect, given the flood of affection and care for Britney that has poured out over the timeline in the last few days, the documentary was a massive success.

What Framing Britney Spears fails to contend with, however, is the Britney of now, the Britney living in the future that the media of the past helped to shape. Almost a full hour of the documentary’s 75 minute runtime is dedicated to reminding us all how Miss American Dream bet on herself – her talent, her drive, her passion – and lost. The media loves to tell this story about Britney, over and over again. The one they scripted and directed for her themselves. They are like serial killers, in this way, confessing not out of sincere contrition, but because it keeps them in control of the narrative.

The conservatorship, the legal removal of almost all of Britney’s human rights, including being able to control her finances or even get married without permission from her father, is crushed into 15 minutes at the end. The major players, characters like Larry Rudolph, Britney's career-long manager, or Andrew Wallet, the lawyer who described the conservatorship as a ‘hybrid-business model’, are brought up only in passing. Lou Taylor, the highly litigious CEO of TriStar Entertainment who was instrumental in helping Jamie Spears put the conservatorship in place to begin with, is not mentioned at all.

Instead, the documentary resurrects old villains. Diane Sawyer, Matt Lauer, and Britney’s ex-boyfriend Justin Timberlake are just some of the people mentioned in the documentary who have been the target of online vitriol this weekend, and while it is satisfying to see their cruelty recognised and condemned, it’s impossible to not feel frustrated by what feels like a distraction, irrelevant to the Britney of right now, as she fights to remove her father from his position of power. Lambasting Justin Timberlake, who was 21-years-old when he and Britney split amid cheating allegations on both sides, is cathartic perhaps, but certainly not productive.

“The media loves to tell this story about Britney, over and over again. The one they scripted and directed for her themselves. They are like serial killers, in this way, confessing not out of sincere contrition, but because it keeps them in control of the narrative”

As the Free Britney movement exploded in 2019, thanks to an unverified voicemail that alleged Britney was being medicated and confined to a mental health facility against her will, a cottage industry of conspiracy theories flooded social media. Viral twitter threads and TikTok videos comprising a grain of truth planted in richly speculative soil made Britney and her Instagram account the focal point for public scrutiny. The dynamics have changed over the years, but the frenzied swarming of unwelcome, negative attention remains the same. This documentary had an opportunity to cut through that noise and present the strong body of evidence of conservatorship abuse, documented by publicly accessible court filings, that paint a disturbing picture of the legal system in America. It simply didn’t meet the moment.

Granted, this is a complex and legally dense story. A one-off film cannot do everything at once. But it is difficult to not be mistrustful of a media, indeed an entire system, that has failed to engage meaningfully with Britney’s situation since it hounded her into a psych hold and then 13 years of micro-managed “good behaviour”, only to take interest again when fans took it upon themselves to expose the lurid side of the conservatorship arrangement. The timing of this documentary, its tone and content, the thread of the story that it chose to tell, suggest not that lessons have been learned, but that the media is up to its old tricks. Another day, another Britney drama and everyone still wants a piece of her.

Perhaps it is unfair to not give this film the benefit of the doubt. Perhaps we are at a truly penitent flashpoint in culture right now. If that is the case, it is crucial that we understand it is just not enough to feel guilty about how Britney was treated. Guilt is not a useful emotion unless it galvanises change, and remorse services nobody unless amends are made. The performative regret – WE ARE SORRY BRITNEY trended all Sunday – carries the same characteristics of 2020’s summer of “listening and learning”. We can dig out all the archival footage in the world and wring our hands over it, but the damage has been done. The measure of the media will be in how they treat Britney’s story, and the Free Britney movement, going forward. That means not copping out of doing the dirty, investigative work, sorting through the period of time between 2008 and the present and putting conservatorship law under the microscope in a way that could help Britney, and other victims of conservatorship abuse, in the future.

Besides, Britney doesn’t want your sympathy. The last time she spoke candidly and openly about the conservatorship was in the 2008 documentary For The Record, which she made for MTV ahead of what at the time appeared to be a triumphant comeback. In a bonus scene from the DVD release, she told filmmaker Phil Griffin: “I’m really not interested in pity, I have no need for it. What I could use is some understanding from people, and a little privacy… and just a day off, would be nice.”