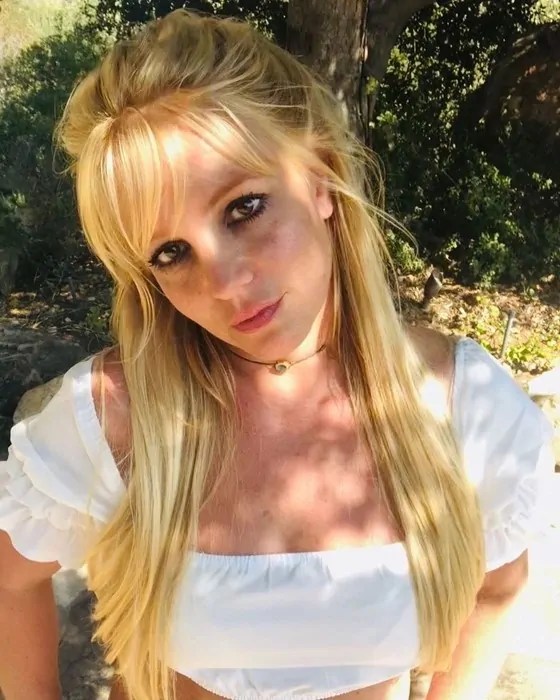 Cassie Petrey says the singer is in control of her own Instagram account, and dismisses conspiracies about hidden messages in her posts

Britney Spears’ Instagram presence can, at times, be very bizarre. Think: frantic New Year’s resolutions, workouts in the gym she accidentally burned down, and memes your mum might post. Fans have regularly speculated about hidden messages behind the posts, with one recent comment asserting that she’s “reading from something behind the camera”. Now, the singer’s social media manager has taken to her own Instagram to clear up the conspiracies.

“First and foremost, I absolutely adore the Britney Spears fan base,” Cassie Petrey wrote. “I admire them. I know everything they do and say is because they truly love her. Which is why it’s been easy for me to overlook some of the nasty comments that have been thrown my way over the years.”

“However, there are a lot of inaccurate theories out there about how Britney Spears’ social media operates,” she continued, “and I want to give as much information as I can without violating her privacy or mine.”

Petrey asserts that Britney “creates her own posts and writes her own captions for Instagram”, finding the imagery, quotes, and memes herself. She also confirms that Britney tends to edit her own videos. “If a video she sends in is edited by her social media team, it’s because she gave specific instructions and asked for it to be edited that way. Then she sees it and decides if she wants to post it or not,” added Petrey.

Addressing the conspiracy theories directly, Petrey asserted: “Britney is not ‘asking for help’ or leaving secret messages in her social media. She is literally just living her life and trying to have fun on Instagram.”

Over the last few years, the #FreeBritney movement has taken off among the singer’s fans, who are concerned about the ongoing conservatorship she’s been trapped in since 2008. Britney’s battle with her father and other conservators has now reached a boiling point, with her lawyers saying she may never perform again until she regains power over her career.

Acknowledging this, Petrey said: “My work on Britney’s social media does not involve her conservatorship in any way. That’s a court and lawyer thing. I was not hired by Britney via Lou Taylor.” Taylor – who recently resigned – was Britney’s business manager. Fans have previously accused him of being the mastermind behind her conservatorship. An upcoming New York Times documentary is set to explore the notorious case.

“In terms of being supportive of Britney on her social media, the best thing you can do for her is just be nice,” Petrey concluded. “That’s all she really wants. Don’t bully her. She doesn’t deserve it. She’s having fun creating posts and sharing images that she likes. That’s it. There’s not some secret agenda to it. She’s just having a good time, and I hope this helps people see it for what it actually is.”