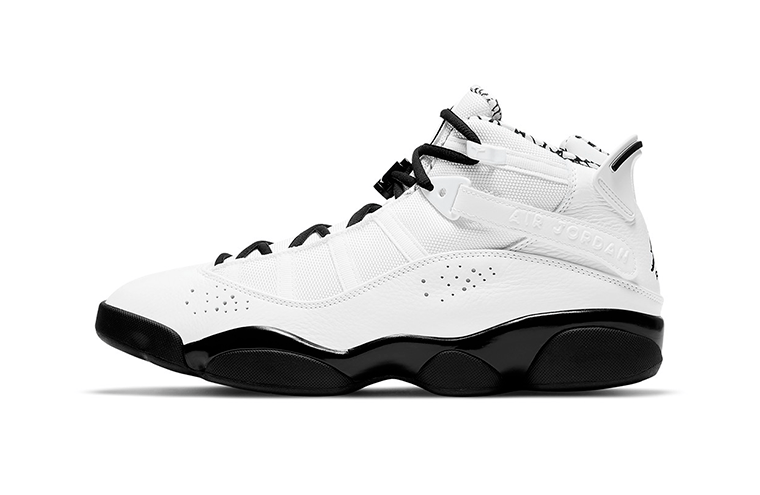 This simple black and white colorway gets its first retro release since its original drop in 2010.

The Jordan 6 Rings has been been making more consistent appearances here in the new decade and has recently surfaced with UNC and Hare-inspired color schemes. The hybrid silhouette is now further extending its winter output with a reissue of its “Motorsports” makeup that originally launched in 2010.

For context, the “Motorsports” mantra was first brought into fruition by Michael Jordan and his camp in 2010 as it spoke to the six-time champion’s affinity for racing. It was applied three silhouettes including that of the Air Jordan 4 which saw a white/black/royal presentation, as well as the Air Jordan 6 and Jordan 6 Rings, both of which identically were adorned with white/black palettes. The latter is now being offered up for a second time on the market since originally launching 11 years ago.

Curvy midsole units are given a glossy coating, and come glued on top of all-black outsoles.

If you want to add these to your rotation, they are available now via Nike Hong Kong for $161 USD.