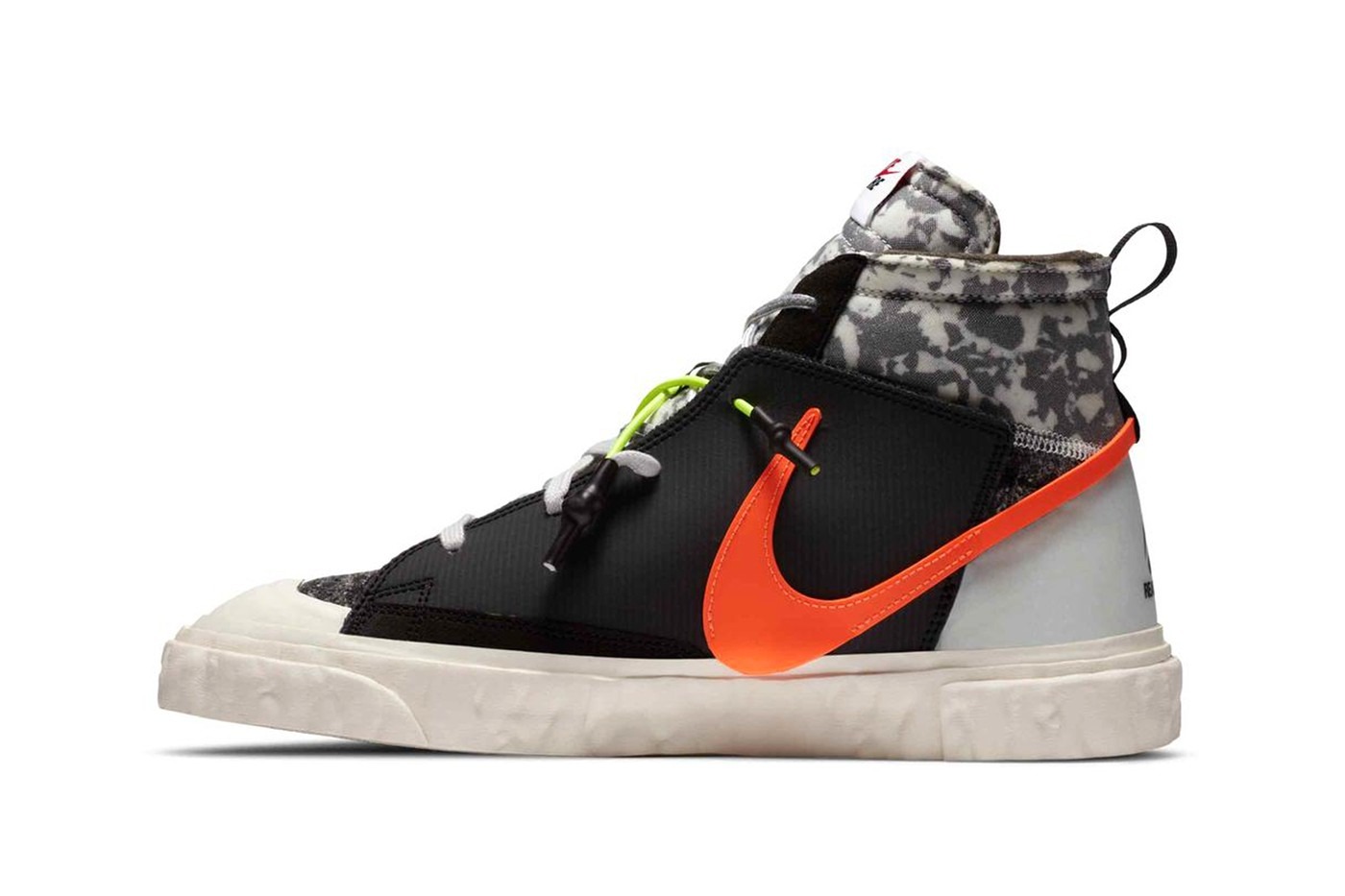 Following months of teasing, the READYMADE x Nike (NYSE:NKE +0.23%) Blazer Mid is now finally set to release. Ahead of the drop, Nike and designer Yuta Hosokawa outlined the inspirations behind the design of the collaboration.

“We deconstructed the Blazer and recreated it without losing sight of its DNA,” the READYMADE designer says. “I have been playing basketball since I was in third grade. The first pair of shoes I bought for myself were Nikes. That’s how I came to like fashion.”

A reflection of the Japanese brand’s core design values and Hosokawa’s sense of nostalgia, the READYMADE x Nike Blazer Mid features a deconstructed, DIY approach that reimagines Nike’s earliest basketball shoe. The model features a layered upper with a splotched foam base obscured by angled leather side panels. The half-stitched Swoosh branding sits thinner and longer, being pulled from the logo’s 1971 version.

Building on the DIY look, exposed foam surrounds the collar and tongue, while three different sets of laces over the toe box and across the midfoot create an additional layered, hatched effect. Moving lower we find a voluminous bumpy midsole, designed using clay molds that were altered during prototyping to balance the shoe’s side profile. While the rubber outsole made with about 15 percent Nike Grind, a mix of recycled materials originating from Nike manufacturing scrap and worn-out sneakers references READYMADE’s upcycling philosophy.