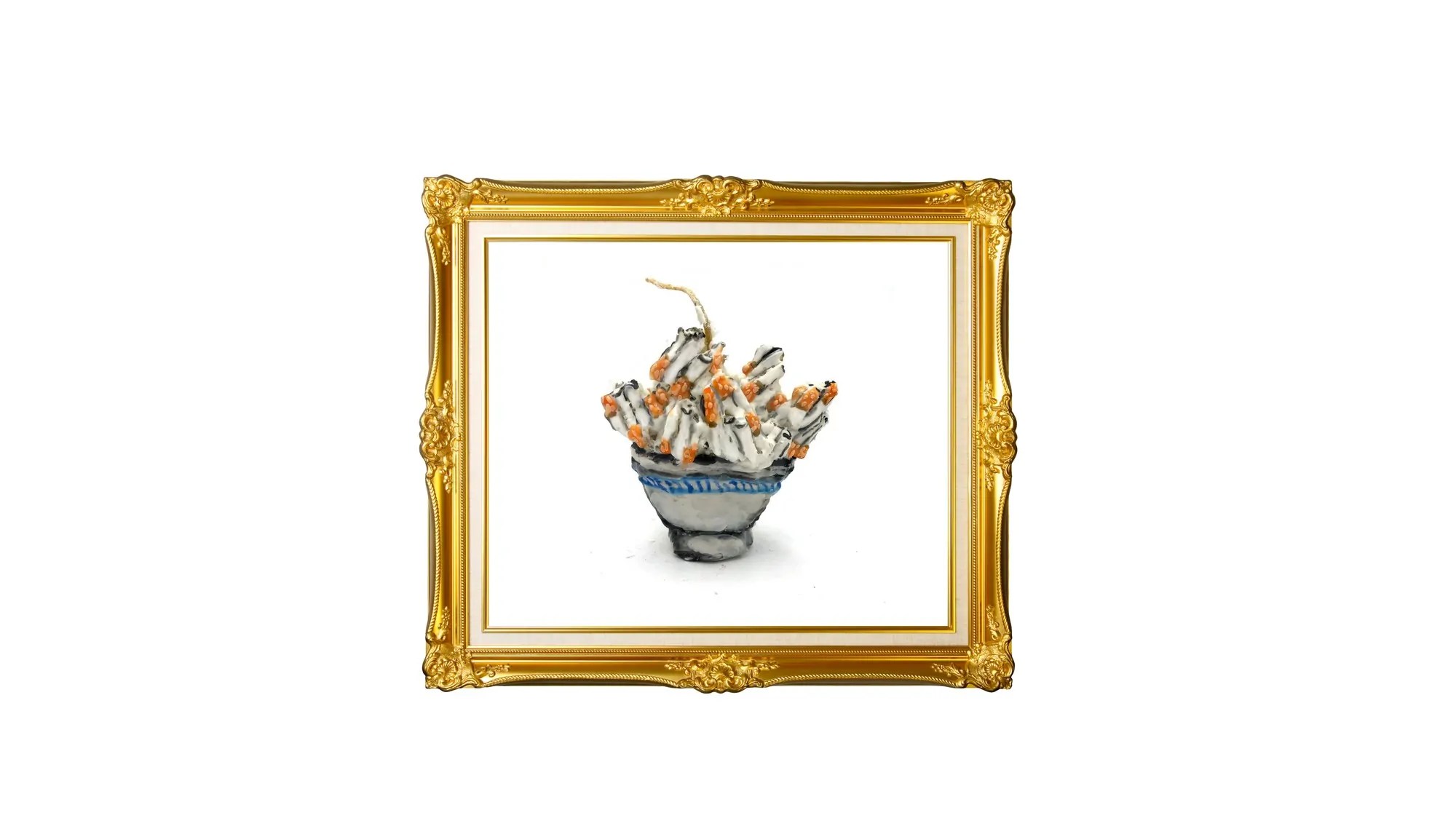 And a Zoom divorce.

It’s been a pretty weird year for the institution of marriage: COVID-accelerated engagements, Zoom weddings, and even their Before Times-counterpart, the ill-advised “normal” ceremony. It was only a matter of time before a foil emerged: the Zoom divorce proceeding.

On Wednesday, Mary-Kate Olsen, the celebrated fashion designer, reached a “final agreement” in her divorce from estranged husband Pierre Olivier Sarkozy, the French banker and half-brother of former French president Nicolas Sarkozy, during a Zoom video court session. Because each day of 2021 so far has chosen chaos, screenshots of the hearing made their way to the internet at large; Molly Crane-Newman, the Manhattan state courts bureau chief for the New York Daily News, tweeted a screengrab of the Zoom meeting, noting it was the “[f]irst time a judge has granted me permission to ‘shoot’ a proceeding in the pandemic.” Makes sense, but still wild to behold.

While I personally continue to find myself baffled by the laws we live under and how they work (in the Twitter replies, commenters debated the ethics of the screenshot—“Who needs a close-up of litigants, when what the judge says is what matters?”), and have not previously thought much about the optics or aesthetic value of a divorce proceeding, this is now an image that exists in the world. And what an image it is, especially for a public figure as private (and coveted) as MK. Right away, Twitter anointed it art.

put the zoom proceedings of mary-kate olsen’s divorce at the moma stat! pic.twitter.com/a4kN1JBY9s

And it’s true—how often do we get such a bonafide tableau? Olsen, all cheekbones, sits squarely in the center (how do Zoom layouts even get like this?), her window quite literally framed by the other participants, including her estranged husband, peeking out in front of white paneled walls, and their respective lawyers. All are clad in black, frozen in time. We can see on the screen that Olsen’s display name is set as all-caps “MARY-KATE (Guest),” while all other participants are listed with their first and last names in standard Title Case. As viewers, we are (Guests) here, too.

The pair was undoubtedly an artful couple on the scene, close friends with well-heeled artists, gallerists, and dealers. But now Olsen and Sarkozy’s legal union is itself bookended by curious art-object iconography, beginning with the “bowls and bowls filled with cigarettes” that purportedly festooned tables at their private Manhattan wedding in 2015, and ending with this postmodern-Brady-Bunch-meets-Last-Supper screenshot of their divorce proceedings.

Notably, both of these visual elements entered the public record somewhat surreptitiously; cell phones were banned at their wedding but of course details made their way to Page Six. Celebrity is a leaky cauldron; real-life moments (many of them painful or humiliating) become iconic ephemera, relics marking the cosmic exchange of being in the public eye. 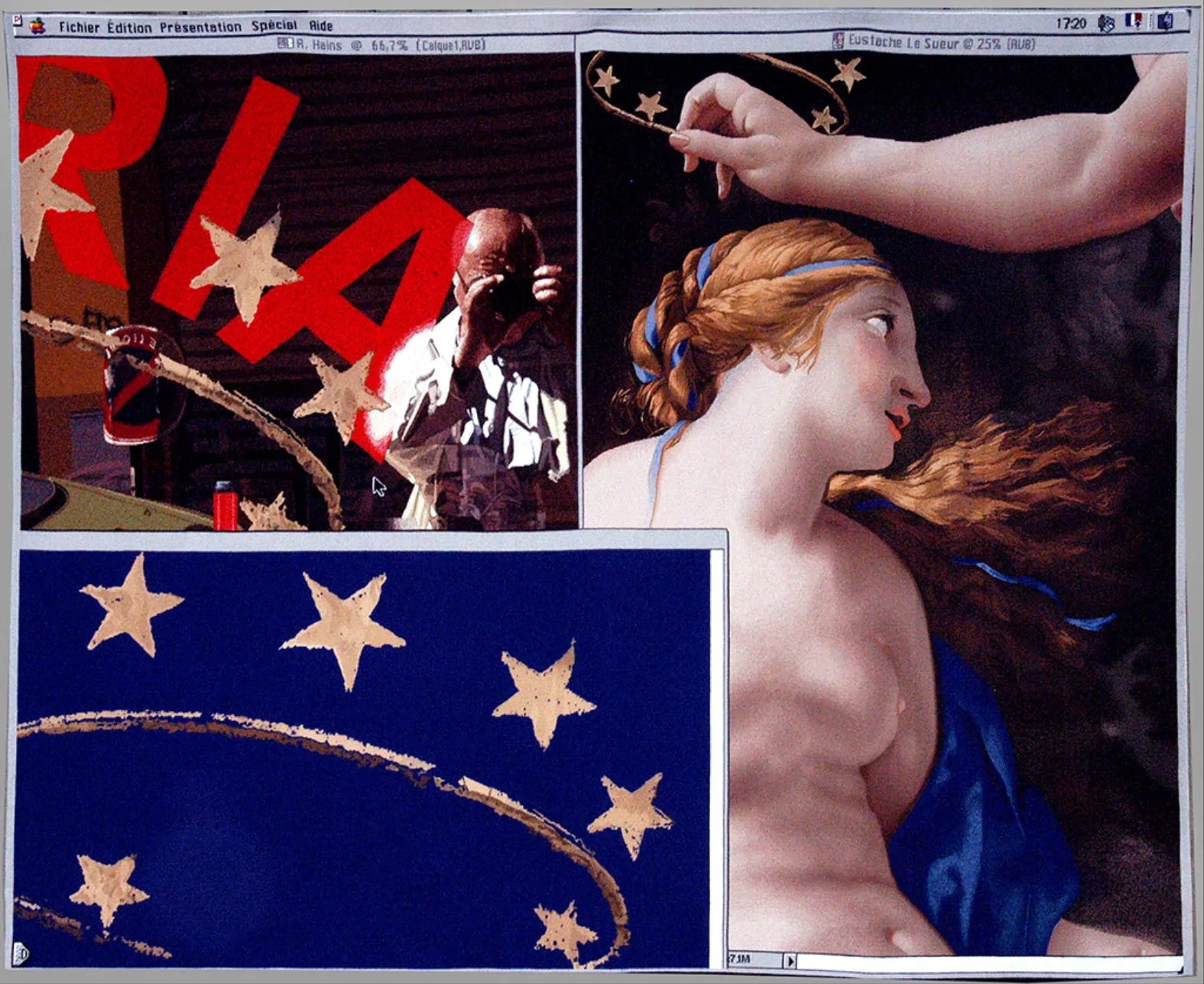 If the Mary-Kate Olsen Zoom divorce proceedings screenshot were in a museum, perhaps it would be classified as an extension of net art—but part of me wants to see it rendered as a tapestry. Maybe it’s the Renaissance stoicism of the participants’ poses (or because the digital is inextricably linked to the woven) but it makes me think of a contemporary piece by the late French artist Raymond Hains, which was displayed alongside King Louis XIV’s personal collection of tapestries in a show at the Getty Center a few years ago. As a 21st-century accompaniment to The Sun King’s 17th-century collection (an era in which divorce definitely should have been more accessible?), the tapestry titled Diptyque/I depicts a computer desktop, aged by an older iOS, featuring three open Preview windows. In one is a zoomed-in detail of a painting by Eustache Le Sueur circa 1640, featuring an off-screen Bacchus, the god of wine, crowning King Minos’s daughter Ariadne with a halo of stars; in another, a self-portrait of the artist himself taking a photograph, face covered with the lens of the camera—looking at himself, looking at us, looking at each other. Sometimes, it’s hard to look away.

Tapestries, like marriage, can feel essentially decorative, archaic, stuffy. Why cast love in an impenetrable material, like bronze or marble or screenshot, when it may be better suited to something more fragile and malleable, like a textile? And while we’re in the business of memorializing the fleeting, perhaps future divorce proceedings should really take a cue from that whole “bowls of cigarettes” thing.