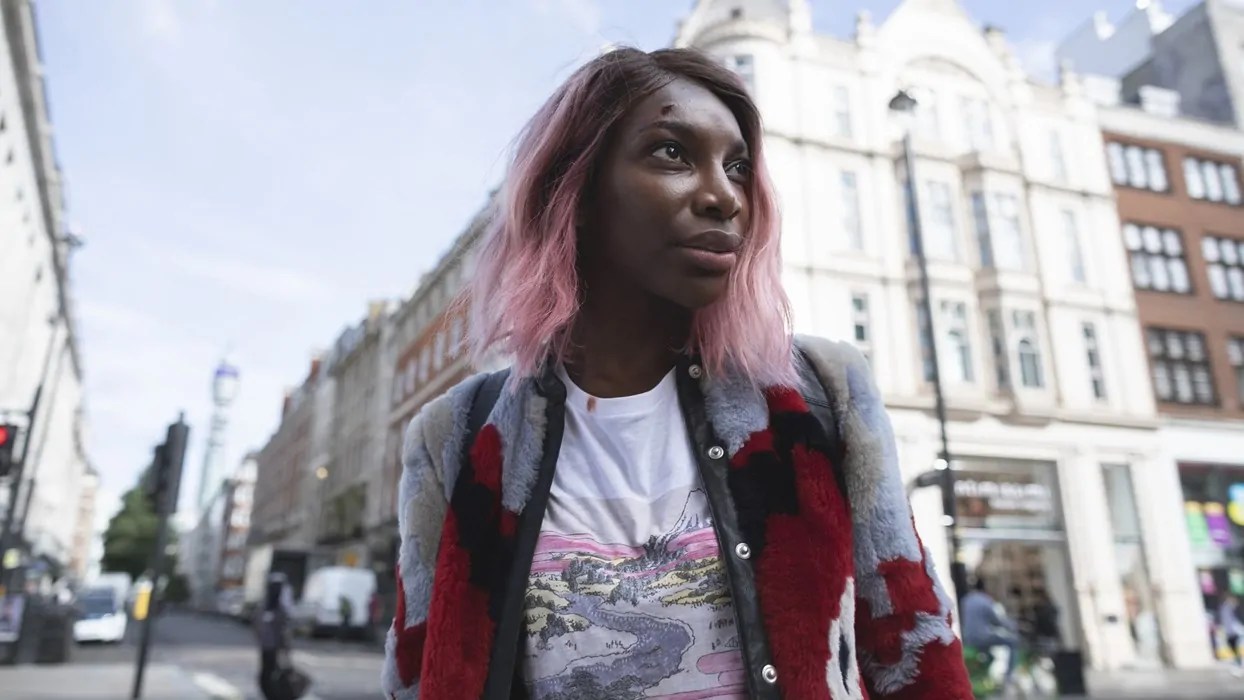 On Wednesday (February 3), the Golden Globe Awards announced its nominees for 2021. Among them were some expected inclusions – notably Promising Young Woman and Nomadland, both of which feature on Dazed’s top 10 films of 2020 – and some surprises, namely: Emily in Paris. There was also one major snub: Michaela Coel’s I May Destroy You.

The powerful drama series – which premiered on BBC One in June – explores consent, race, and trauma via the story of protagonist Arabella (played by Coel) as she attempts to piece together the night she was raped. The series is based on Coel’s own experience of sexual assault.

Over the last two days, many have come forward to express their dismay at I May Destroy You’s exclusion from the nominees. Now, in an op-ed for The Guardian, Emily in Paris writer Deborah Copaken has joined the uproar, expressing her “rage” at its snub.

“Our show aired soon after I gobbled down Michaela Coel’s I May Destroy You,” wrote Copaken, “a work of sheer genius about the aftermath of a rape. ‘That show,’ I told everyone who would listen, ‘deserves to win all the awards’.”

Dear @MichaelaCoel: I was a writer on Emily in Paris, but your show was my favorite show since the dawn of TV, & this is just wrong. I loved I MAY DESTROY YOU, and I thank you, personally, for giving us your heart, your mind, your resilience, & your humor. https://t.co/5KcTVdkZLQ

“When it didn’t, I was stunned,” she continued. “I May Destroy You was not only my favourite show of 2020, it’s my favourite show ever. It takes a complicated issue of a rape – I’m a sexual assault survivor myself – and infuses it with heart, humour, pathos, and a story constructed so well I had to watch it twice, just to understand how Coel did it.”

Copaken said that although she’s “excited” that Emily in Paris was nominated at the awards, her excitement “is now unfortunately tempered by my rage over Coel’s snub”, adding: “That I May Destroy You did not get one Golden Globe nod is not only wrong, it’s what is wrong with everything.”

The writer goes on to reference a number of instances in which Black creators and CEOs in the film industry, as well as Black people generally in the world, are subjected to worse treatment than their white peers.

“But my fury is not just about race,” Copaken concluded. “Or even about racial representation in art. Yes, we need art that reflects all of our colours, not just some. But we also need to give awards to shows that deserve them. How can anyone watch I May Destroy You and not call it a brilliant work of art or Michaela Coel a genius is beyond my capacity to understand how these decisions are made.”

I May Destroy You is a thoughtful, gut-twisting, smart, and trauma-informed exploration of the impact of sexual violence. One of the best shows I have seen. Michaela Coel, the writer, co-director AND executive producer deserves all the flowers. What a huge miss #GoldenGlobes pic.twitter.com/Gy70eLjEDp

Others have expressed their love of Coel’s series, and joined criticism of the Golden Globes. Black Mirror star Alice Lowe said on Twitter: “I May Destroy You was an absolute watershed moment. It was more than just telly really. I felt changed by that show. The other shows are good, no disrespect. But IMDY dwarfed them all. Revolutionised a genre. Maybe that’s too scary for some. True art often is.”

Anti-sexual violence activist Farrah Khan commented: “I May Destroy You is a thoughtful, gut-twisting, smart, and trauma-informed exploration of the impact of sexual violence. One of the best shows I have seen. Michaela Coel, the writer, co-director, AND executive producer deserves all the flowers. What a huge miss #GoldenGlobes.”

Journalist Tijuana Maxx said Coel’s snub and Emily In Paris’ nomination was “yet another example of how there are two sets of rules for Black and white people in this country”.

Writer Akilah Green added: “I May Destroy You sent almost every writer I’ve talked to about it back to the lab.”

You can watch I May Destroy You on BBC iPlayer here (trailer below), and read Dazed’s interviews with the show’s stars Paapa Essiedu here and Weruche Opia here.