Coco Capitán and OK-RM discuss the making of the artist’s new book, Naïvy

You may know Coco Capitán for a number of reasons. Her evocative photographs or atmospheric paintings are grounded in an inherent understanding of form. Her signature typeface, on the other hand, is instantly recognisable in its unconventional, hand rendered personality. An aphorism previously seen on the site back in 2019, when we met Coco’s football […]

Catherine Repko’s paintings are a sweet, cropped and gentle reminder of a time before lockdown

Like many working artists, Catherine Repko remembers a childhood fuelled by creativity. She had a handful of encouraging art teachers that helped grow her confidence in the field, which meant that by the time she graduated, her sight was undeniably set on art school. “I don’t really remember making that decision, it just was,” she […]

Observing the change of seasons over lockdown, artist Sammi Lynch summons a sense of place and memory

During the first lockdown, artist Sammi Lynch had the pleasure of looking after a dog. Most mornings, she would journey with the dog from her flat in Stoke Newington to Walthamstow wetlands for a walk. And over the course of a year, Sammi and the dog witnessed the seasons subtly changing before them. As golden […]

We love to hear about a creative’s latest endeavours over here at It’s Nice That, especially if that update involves one of their favourite commissions to date. Gigi Rose Gray, an artist born and raised in New York City, bedazzled us with her illustrations of women and buildings nearly six years ago. Since then, Dorchester Collection commissioned […]

Some of life’s best occurrences tend to happen on the off-chance. It could be that fleeting, spontaneous moment where you decide to go out for the evening, which turns out to be the best night out you’ve ever had; or maybe you say yes to an unexpected project and gain commissions off the back of […]

In celebration of its 30th anniversary, Frieze has revealed a rebrand, consisting of a new visual identity designed by Pentagram, and a custom typeface designed with typographer Luke Prowse. Founded in 1991, the art organisation and platform consists of frieze, Frieze Week and Frieze Masters Magazine, three publications that sit alongside leading international art fairs in London, New York […] 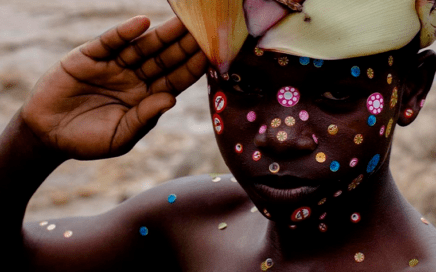 Manju Journal, a culture platform founded in 2015 and run by Orlando Mensah and Kusi Kubi, has been championing emerging talent in photography and other creative disciplines from across Africa. As well as being an incubator for the next generation of standout creativity, they have fostered a supportive community in an industry known for fierce competitiveness. “We’re drawn […]

The documentary charting the proud history of Black American art

Public interest — and the market in — contemporary Black American art have boomed over the past two decades. But it still comes as something of a surprise to learn that the first major museum survey of work by Black American artists took place 45 years ago. The honour goes to Two Centuries of Black American Art. Curated […]