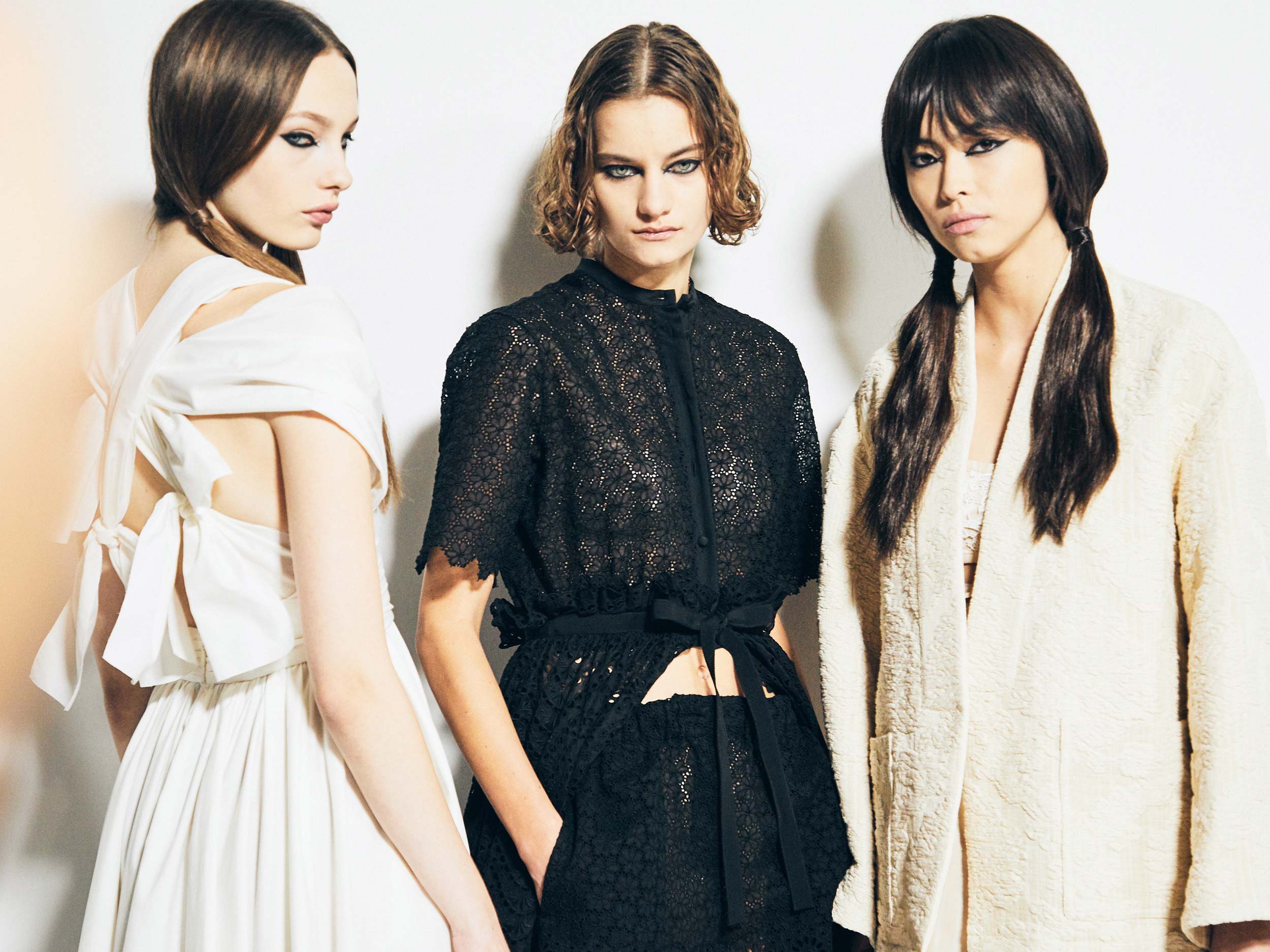 Maria Grazia Chiuri took Catherine de Medici as a sartorial reference, re-situating the story of the crinoline and corset

From Jean Paul Gaultier to Alexander McQueen, to Thom Brown to Balenciaga to Yohji Yamamoto, the crinoline has appeared in modern high fashion time and time again. It’s been subverted in every which way: exposed bare-bones, cropped at mid-thigh, slashed with cut-outs, rendered translucent. Also known as the hoop skirt, the Victorian mainstay is a particular favorite of Dior—one they revisited this Paris Fashion Week for their Spring/Summer 2023 collection.

The crinoline has a contentious history. Many draw formal comparisons to the birdcage, suggesting that when paired with a corset, its wearers were effectively immobilized; we’re all familiar with that clichéd scene in period films, where the aristocrat gasps for breath as her servants yank fastenings tighter and tighter. But inherent to this association between the crinoline and discomfort—and beauty and pain in general—is the idea that women were forced or otherwise pressured to wear such styles. “Women are capable of exercising power in many ways,” writes Dior, “including by escaping through the mind.” Fashion was one such avenue, which women engaged with intentionally. 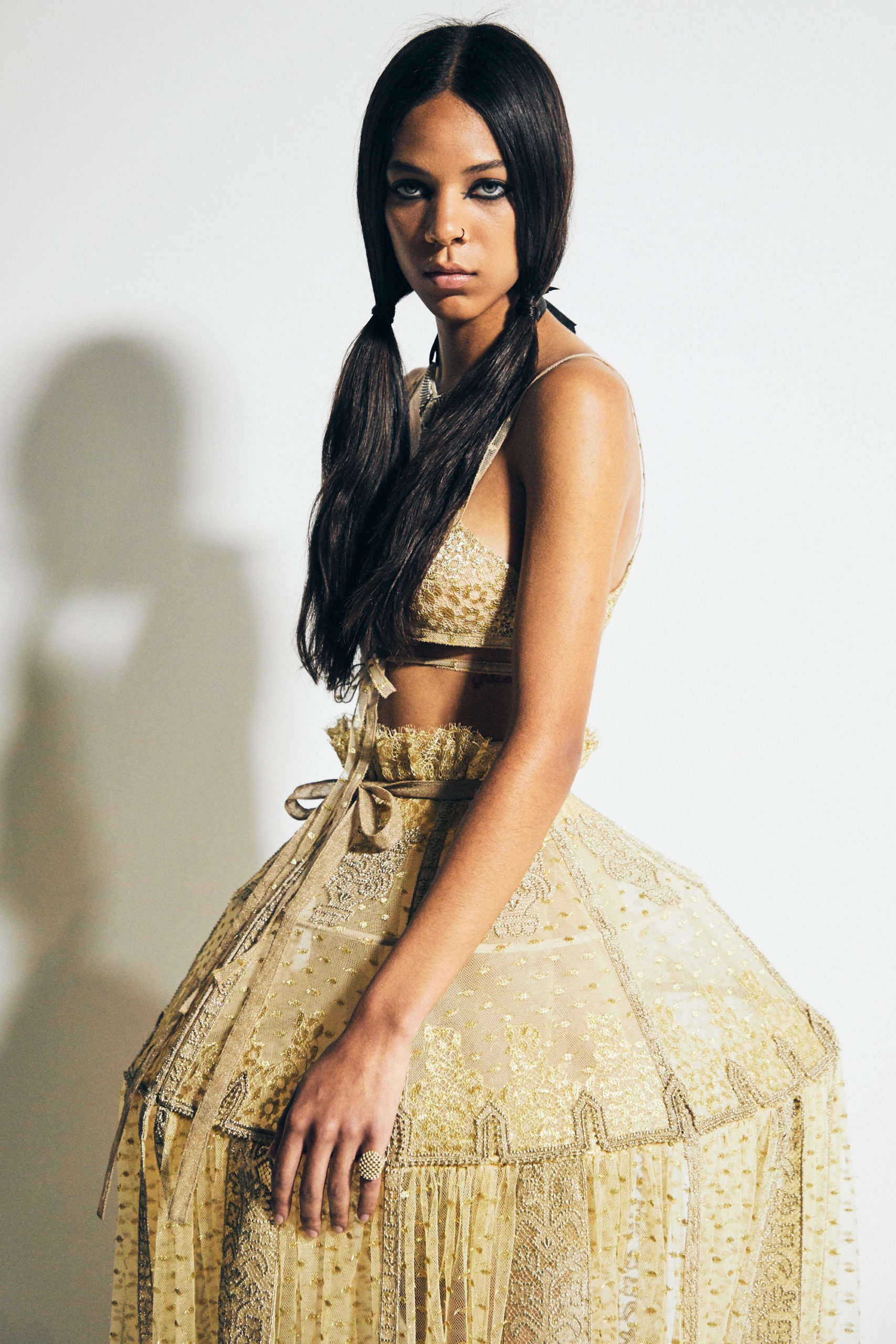 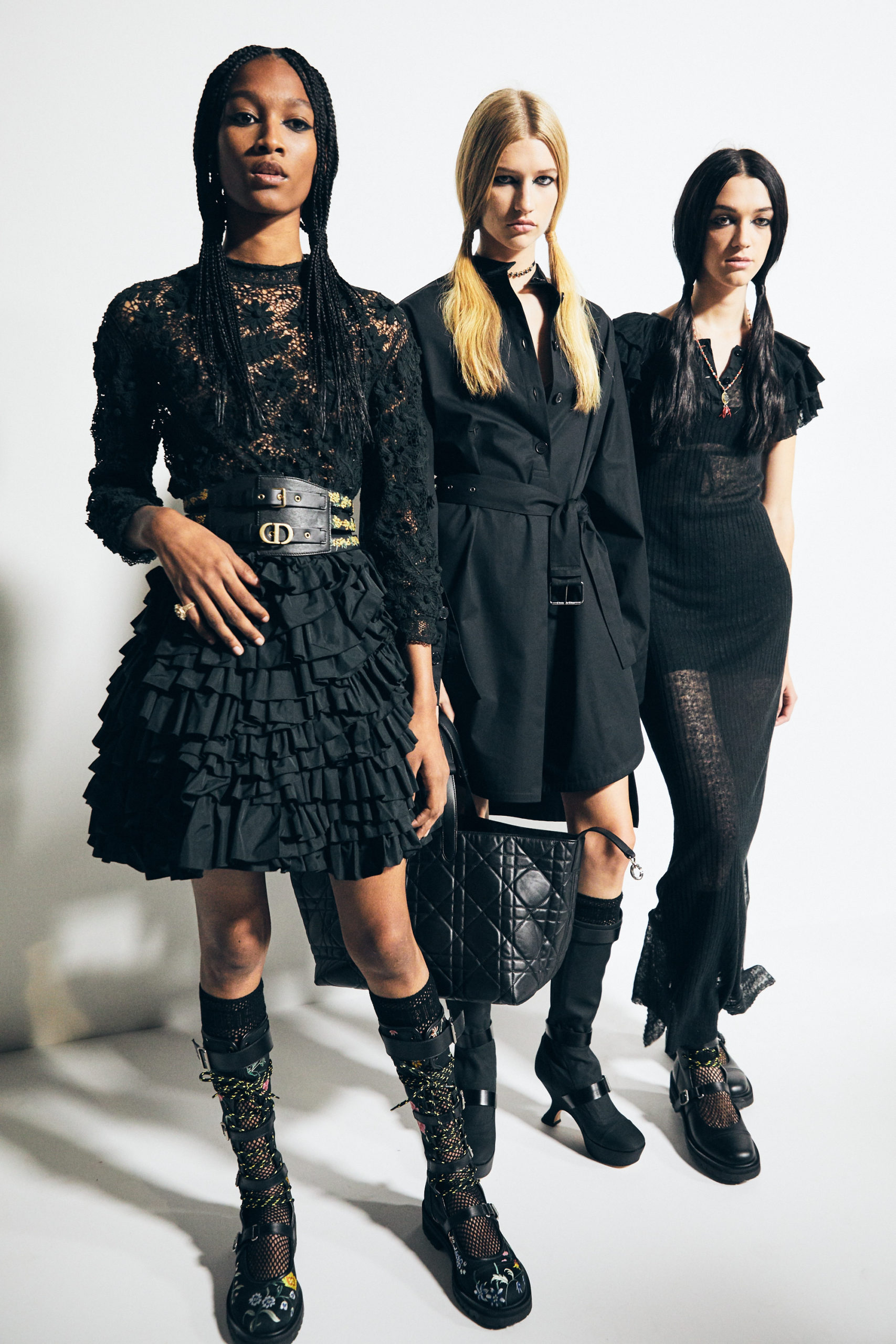 Maria Grazia Chiuri took Catherine de Medici—the French queen, known for her sartorial influence—as her latest muse. “The idea was to play with this reference, and how much fashion and power are in dialogue,” the creative director said post-show. Her models’ crinolines supported lightweight fabric, such as lace. They were often shortened, or paired with matching bras, or slit up the front to reveal bare legs beneath. (A common grievance is that the hoop skirt was easily caught by the wind, flipping up like an umbrella, thus forcing its wearer to don long undergarments under pre-existing fabric in the heat.) The rest of the looks were, likewise, decidedly breezy: Corsets undone, blouses oversized, ornate robes hung open.

Dior thus subverted the hoop skirt, freeing it up while keeping the essential qualities that identify it as a garment of power. The crinoline was, after all, radically cheap to create, and much lighter than the layers of petticoat formerly employed to build a similarly dramatic shape; it was an accessible means of class mobility, which the aristocracy and common people could both wear, and it allowed women to take up an unprecedented amount of personal space. 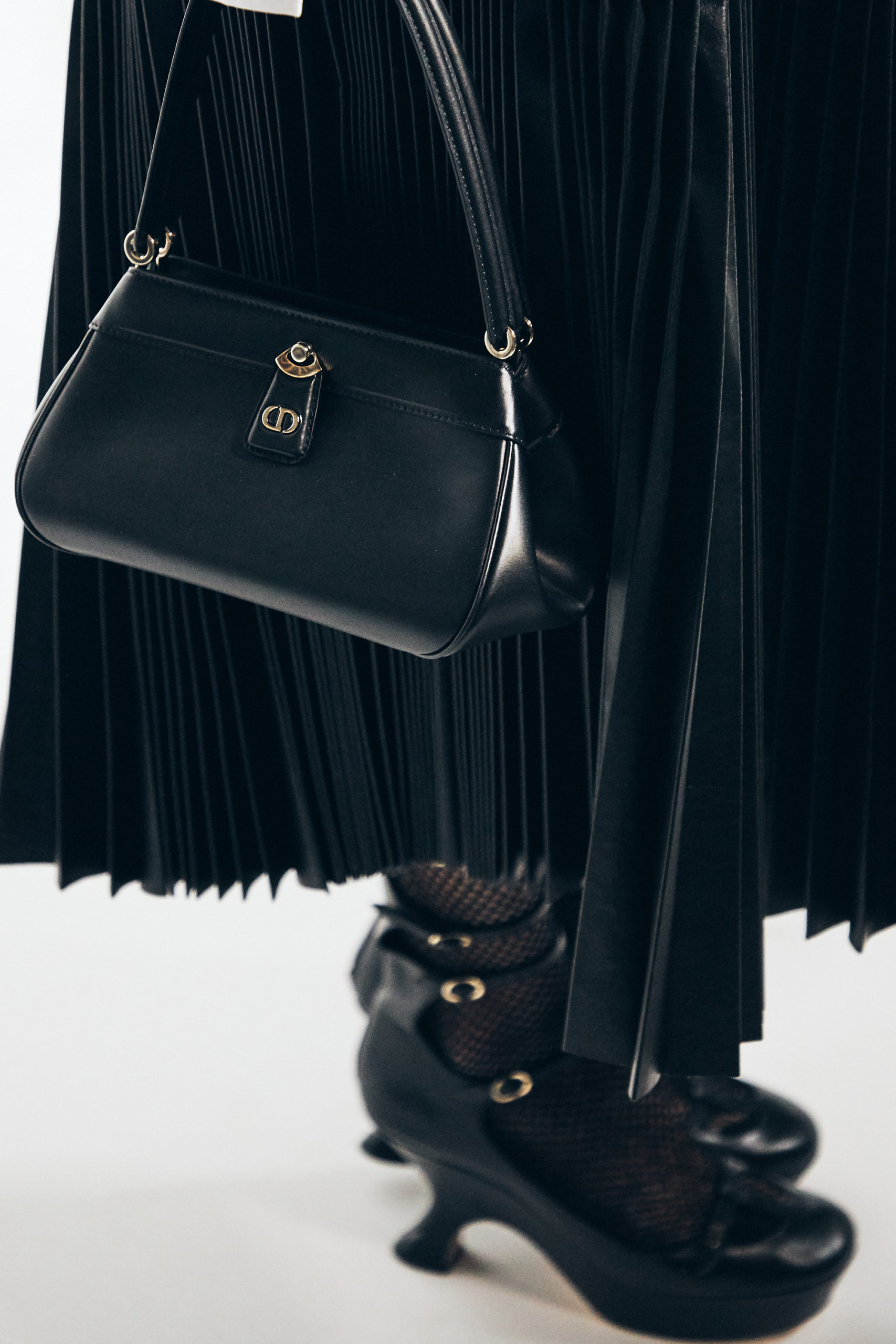 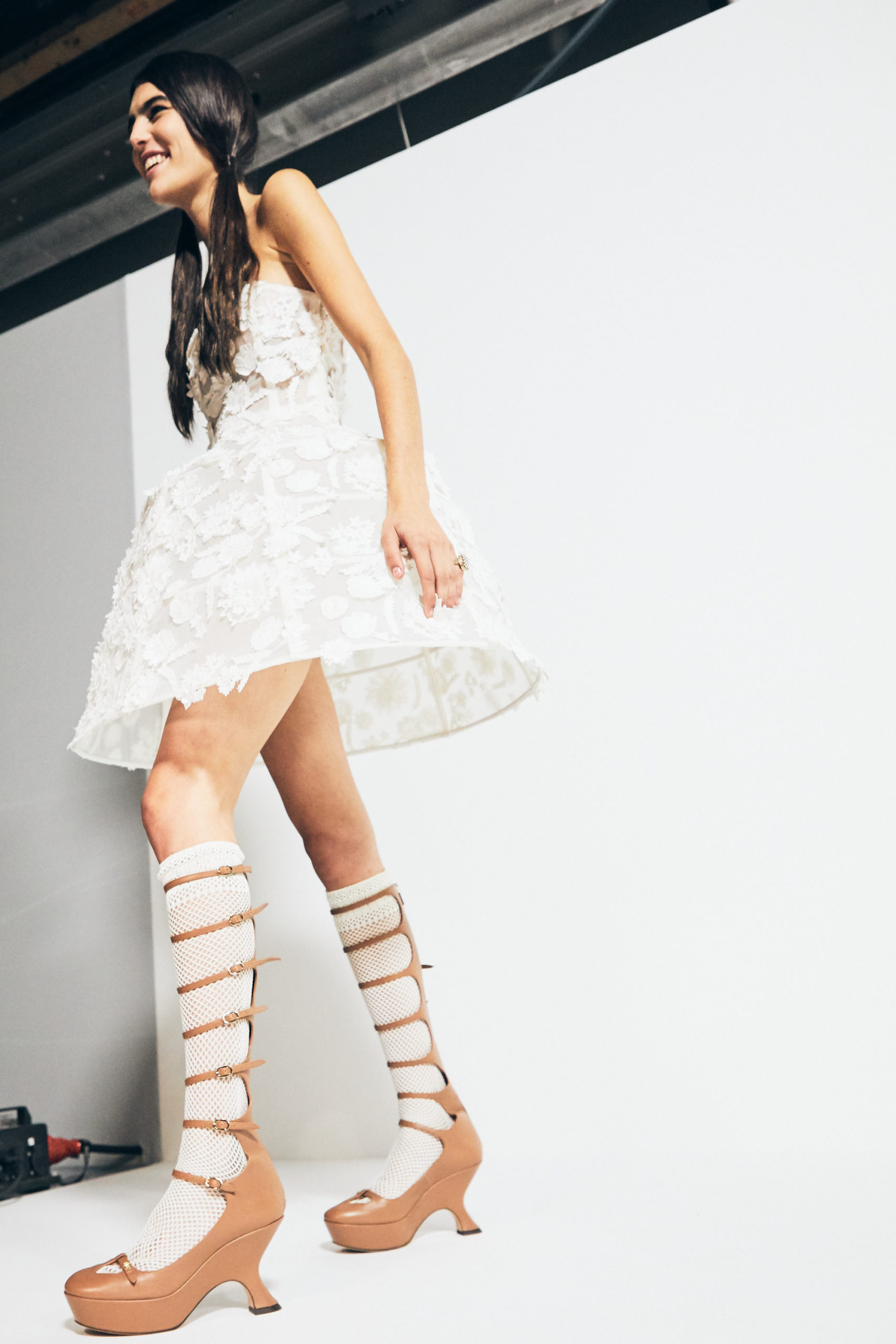 Chirui’s collection, while perhaps not groundbreaking, emphasizes that women have agency—that they have it today, and that they’ve always exercised it in one form or another, through clothing or other accessible means. “The power of fashion becomes the power of women,” continues Dior, “a form of awareness that draws on this attraction to the outside world, to what lies beyond perception, knowledge and common experience.”